Home / News / In Colombia, a Long Road to Care

In Colombia, a Long Road to Care 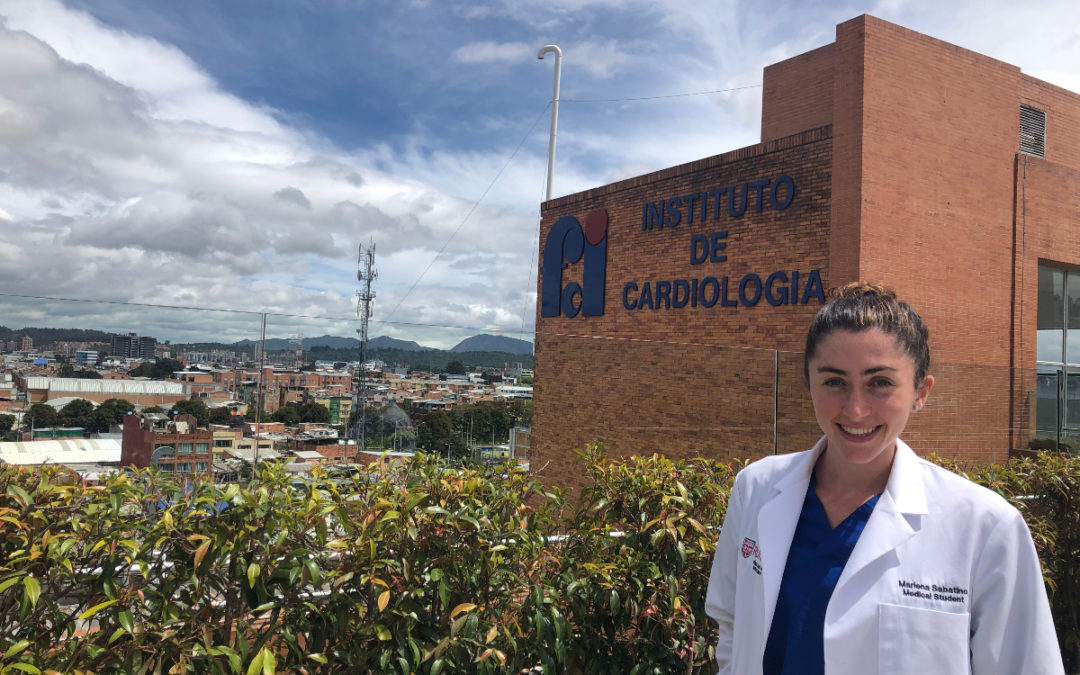 Mothers and fathers had come from so far and spent so many hours to get to Manizales, a mid-size city in the Colombian Andes, to have their children screened for congenital heart defects.

They had come to see the doctors, nurses, and social workers who comprised the diagnostic brigade from Colombia’s Fundación Cardioinfantil (FCI), one of South America’s most highly esteemed centers for the diagnosis and treatment of congenital heart disease. Every year, FCI’s brigades bring specialized care to the same 12 cities in Colombia, a country suffering from a shortage of pediatric cardiac surgeons and a transportation infrastructure that hasn’t kept pace with rapid economic growth.

In the summer of 2019, the brigade in Manizales was joined by medical student Marlena Sabatino, who had just completed her first year at Rutgers’ Robert Wood Johnson Medical School. For eight weeks, funded by the Chancellor’s Global Health Scholars Program, she collaborated with FCI on a project she had designed with the purpose of gathering data on access to surgical care in the country. The goal is to determine precisely how impactful the brigades are at providing that access.

Sabatino, whose advisors on the multiyear project include Rutgers Global Health Institute core faculty members Javier Escobar and Gregory Peck, has long had an interest in global health. She was drawn to Colombia because its constitution guarantees universal health coverage, which, she says, is a promising “stepping-stone toward universal access to care.” It’s estimated that some 8,000 Colombian children require cardiac surgery but that only a third of them receive it. Sabatino hopes her research will help more children—and adults as well—get the care they need, perhaps by incorporating the brigades into public health plans and implementing them in other subspecialty fields.

One impediment to access is the difficulty of traveling within a country marked by sprawling mountain ranges, dense rain forests, and a dearth of bridges and highways. Patients may travel hours to a hospital just across the river because the closest bridge is miles away. Another impediment is the fact that pediatric cardiac surgery isn’t even considered a subspecialty in Colombia.

Appropriate care can come too late or not at all. While in Colombia, Sabatino attended a surgery on a 1-year-old who weighed just under six pounds and had been on a ventilator since birth. “Her tiny rib cage was barely covered in any muscle or fat,” she says, “and when the surgeon opened her chest, I saw that she only had a single lung.” Sabatino, who had only begun to study Spanish this year, watched the medical team conferring, she thought, about which instruments to use. Then the surgeon explained to her that they were trying to decide if it even made sense to go forward with the surgery.

Eventually, they did, and the last Sabatino heard, the girl was doing well. Still, her chances of living a long, healthy life would have been significantly improved by access to surgery just after birth. Her story underlines the importance of Sabatino’s research in a country that struggles to deliver quality care to all.