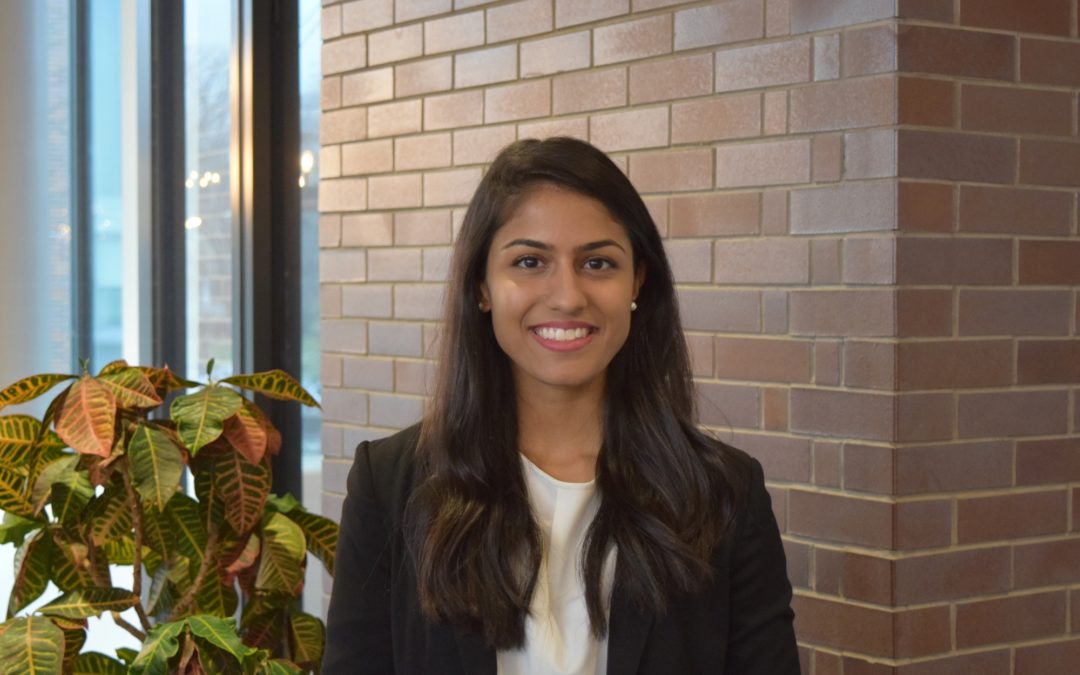 Much of Mansi Shah’s undergraduate experience at Rutgers has involved caring for marginalized populations, whether close to home or in another country. She’s come to understand it’s all global health, an outlook that will continue to inform her path long after graduation.

If COVID-19 has made anything perfectly clear, it’s that global health problems do not only occur in far-away places. Mansi Shah, who is about to graduate from the School of Arts and Sciences, came to this realization earlier in her undergraduate career.

Two summers ago, the cell biology and neuroscience major participated in a Rutgers study abroad program in Oaxaca, Mexico. During her placement at a local health clinic there, Shah witnessed the work of curanderos, spiritual healers that play a significant role in Oaxacan folk culture.

Back in New Brunswick, Shah volunteered and later served as a research assistant at the Eric B. Chandler Health Center, which provides affordable health care services for underserved residents. She recognized that some members of New Brunswick’s large Oaxacan immigrant community shared the beliefs in spiritual healing that she had seen in Mexico. “I think it’s important to value and respect different beliefs,” Shah says, adding that these experiences helped her to develop cultural competence.

Much of Shah’s Rutgers experience has been oriented around caring for marginalized populations. She became deeply engaged in the issue of correctional health, interning at multiple facilities in New York and New Jersey. These experiences included a senior capstone project in which she evaluated adherence to substance use disorder treatment guidelines by health care providers in New Jersey correctional facilities. She also created the Correctional Health Summer Program at the Honors College in New Brunswick. The 1-credit undergraduate clinical learning opportunity is the first of its kind in the country.

As co-president of GlobeMed at Rutgers, she and fellow co-president Rashmi Pradhan worked with organization members to build a local partnership with Prevent Child Abuse New Jersey, a New Brunswick-based nonprofit organization. GlobeMed at Rutgers is also partnered internationally with Reach a Hand Uganda, a nongovernmental organization (NGO) that provides youth empowerment services and sexual health education to young people in Uganda. Under Shah’s and Pradhan’s leadership, Rutgers’ GlobeMed members supported the organizations through volunteerism, fundraising, and advocacy efforts.

When Shah joined Rutgers Global Health Institute as an intern, her understanding of global health deepened. She came to understand global health as a discipline that prioritizes health equity everywhere—whether in a developing country or her university’s home city—and it all clicked. “I used to think global health and local community health were separate tracks,” she says. “I didn’t realize they had a common theme.” While at the institute, Shah has contributed to efforts to address local health inequities and helped establish a student council.

During a virtual gala on May 6, Shah received a 2020 Chancellor’s Leadership Award, which recognizes Rutgers University–New Brunswick students who display remarkable leadership on campus or in the community. Mark Robson, a core faculty member of Rutgers Global Health Institute who has worked with Shah both at the institute and as an advisor to GlobeMed, nominated her for the elite honor. “I have watched her grow as a person and as a leader,” Robson says. “In a word, Mansi is a rockstar.”

Back in her hometown of Paramus, Shah will participate in virtual Rutgers graduation ceremonies on Wednesday and Sunday. She plans to apply to medical school, but first, she will spend a year working as an AmeriCorps suboxone care coordinator at Boston Health Care for the Homeless Program. Shah says that, ultimately, she sees herself working in community health, whether with incarcerated or primarily undocumented populations.

“I think what’s really missing is a consistent quality of care for underserved populations,” Shah says. “As a physician I want to open more doors. I see that as a place where I can make an impact.”