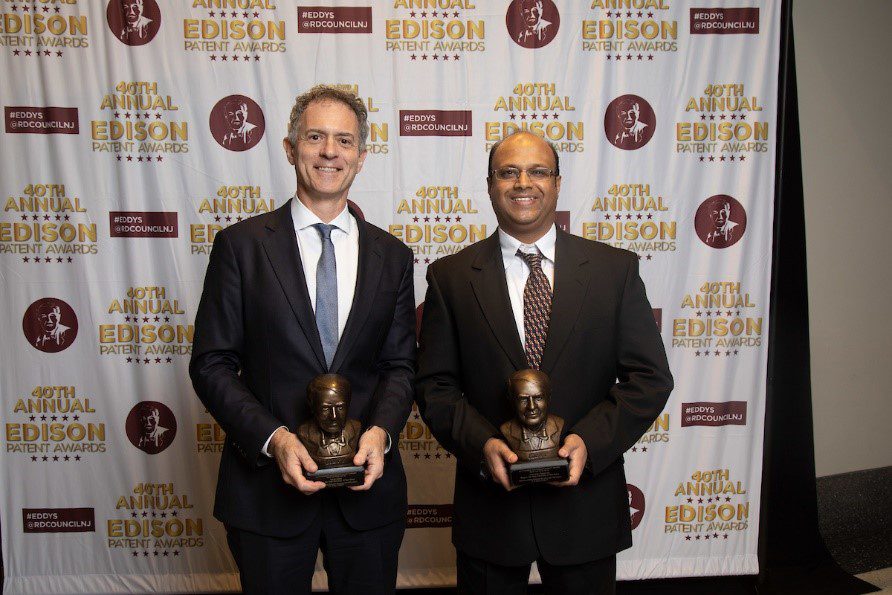 Two Rutgers researchers received the 2019 Edison Patent Award from The Research and Development Council of New Jersey for developing a rapid automated tuberculosis (TB) test that shortens the time it takes to get a diagnosis from seven weeks to two hours.

David Alland, chief of infectious disease at Rutgers New Jersey Medical School (NJMS), director of the Center for Emerging Pathogens and Rutgers Regional Biocontainment Laboratory, and a core faculty member of Rutgers Global Health Institute, and Soumitesh Chakravorty, adjunct assistant professor at NJMS and director of research and development at Cepheld Inc., were recognized for bringing new hope for people at risk of TB and drug-resistant TB. Rutgers technology has been licensed by Cepheid, a molecular diagnostics company.

“I’m gratified, pleased, and honored with this award but also humbled to know that this is just a very small part of a very large mission. Tuberculosis has become more drug resistant. There was a clear need for better diagnostic,” says Alland. According to the latest WHO Global Tuberculosis Report published in 2019, 10 million people developed TB last year and 1.5 million have lost their lives to the disease.

Rutgers University is among over 60 winners of the 2019 Edison Patent Awards, which was in its 40th edition. Co-inventors Alland and Chakravorty accepted the award on November 14 at a ceremony held at Liberty Science Center in Jersey City.