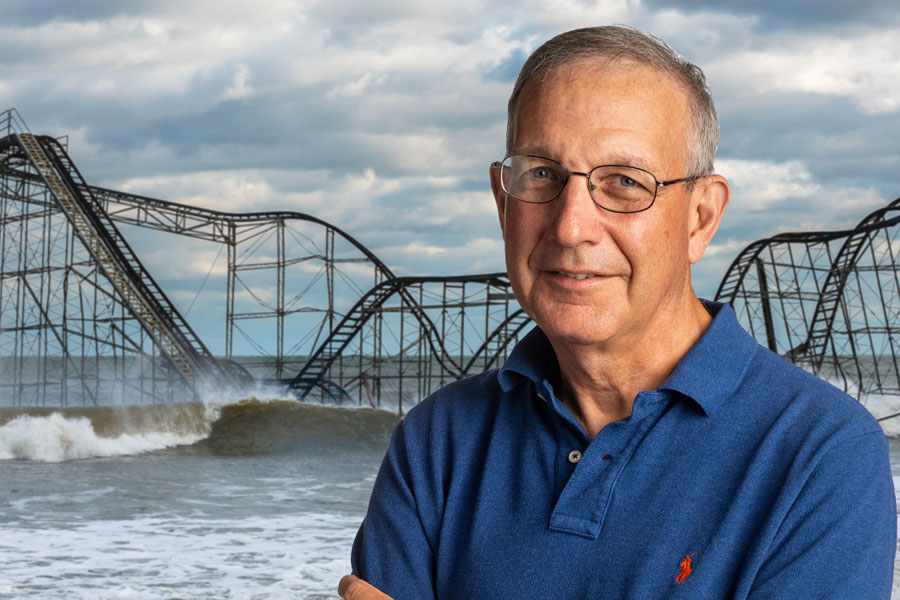 As a geologist who studies the strata of rock layers and the microfossils found within them, Rutgers faculty member Ken Miller has focused his research on climate and sea-level changes going back to the age of the dinosaurs. He’s taken part in nine scientific cruises and since 1993 has been chief scientist of the New Jersey Coastal Plain Drilling Project, which has dug thousands of feet into the soil at 17 sites along the Jersey Shore and yielded valuable records of sea-level changes as far back as 100 million years ago.

His research has shed light on what he calls “the greatest hits of Earth history,” including the Cretaceous-Paleogene mass extinction, some 65 million years ago, which wiped out half of all species on the planet, including the dinosaur. Miller, a distinguished professor in the Department of Earth and Planetary Sciences at the School of Arts and Sciences and a Rutgers Climate Institute affiliate, acknowledges his frustration with modern-day climate change deniers:

“To not acknowledge there’s a problem is sticking your head in the sand.”