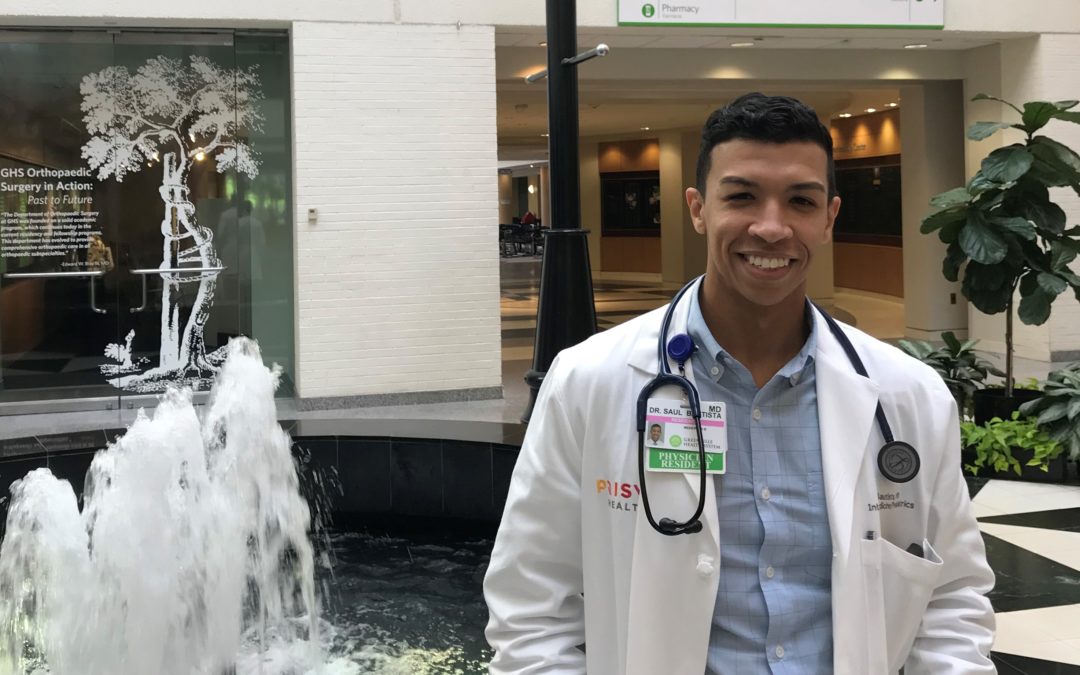 Saul Bautista loved science when he was growing up and wondered what it would be like to be a doctor. But during his childhood in Newark, as the son of working-class Dominican parents, he didn’t know anyone that looked like him who was a physician. It was a reach he didn’t think was possible at the time.

That changed when Bautista decided to join the U.S. Army. During his time in Germany as a lab technician in the largest U.S. military hospital, he discovered what he wanted to do with his life. A lightbulb went on while transporting a critically wounded soldier. The idea of becoming a physician, leading a medical team, and providing comprehensive care seemed rewarding.

After Bautista finished his tour of duty, he enrolled at Rutgers University-Newark to study biology. During his time in college he came to the realization that most medical problems come from social inequity. He learned firsthand while working with inner city kids how much a zip code matters when it comes to education and health.

He noticed how fresh fruit and vegetables were easily accessible to families in the suburbs, but not always in cities. Instead, fast-food chains seem to be located on every corner.

That’s when Bautista decided to enroll in a dual MD/MPH degree program between Rutgers New Jersey Medical School and the School of Public Health. His goal is to help build a health care system that empowers people to be stewards of their own health. The only way to foster a culture of health, he insists, is by addressing lifestyle and social factors like employment, housing, nutrition, and education.

As a 2019 Tillman Scholar, Saul Bautista is one of 60 military veterans and their spouses selected from thousands of applicants committed to making a difference in their communities.