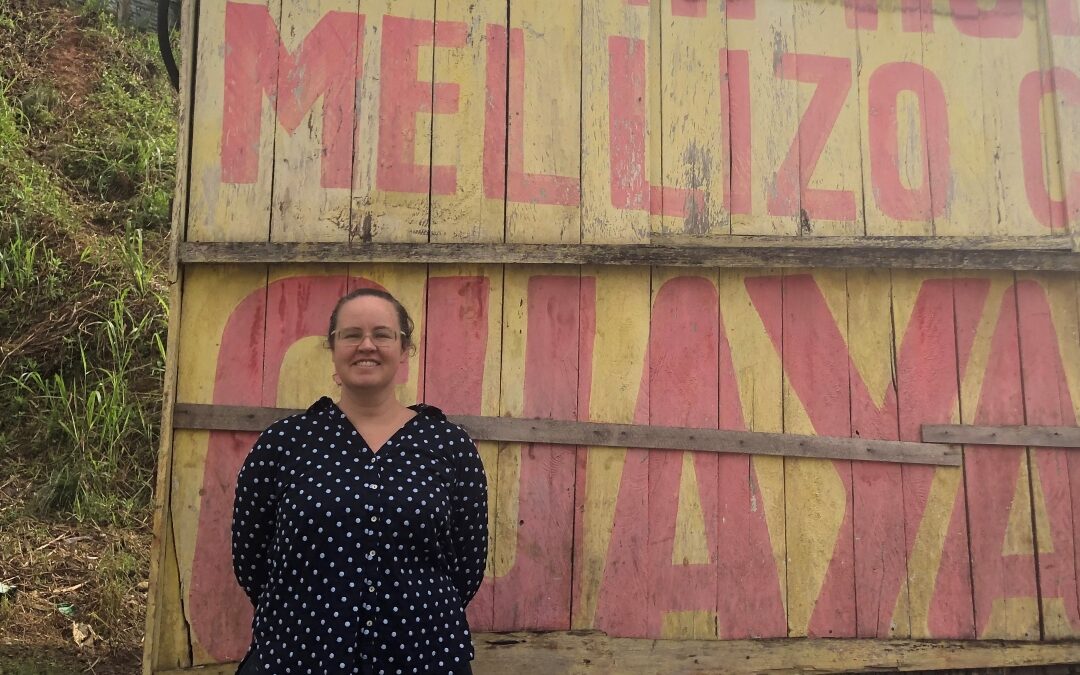 All children deserve to grow and develop in healthy ways. What that means, and how to achieve it, is a bit more complex. For instance, preventing undernutrition among children living in poverty in low- and middle-income countries has proved no easier than preventing obesity in wealthier nations. Both problems develop in a nonlinear way, through an accumulation of many smaller interactions that occur between individuals and the environments in which they live.

Exposures that children encounter early in their lives, especially, is the research interest of Gwenyth Lee, who arrived as a new faculty member at Rutgers Global Health Institute earlier this month. Lee is working to understand the compounding effects of such exposures on children’s long-term development.

“Conceptually, it’s well understood that child growth is multifactorial,” she says. She cites as an example a young child who becomes sick with diarrhea and doesn’t eat for a few days. If that child lives in New Jersey and has plenty of nutritious food to eat and clean water to drink, the illness will likely be short-lived with no long-term impact on growth. On the other hand, in a low-resource environment with a lack of access to nutritious food and poor sanitation, the illness won’t be followed by a calorie boost, and exposure to pathogens will likely be greater. “So you get sick again, and then you start getting sick so much that everything snowballs,” she says.

Previously on the faculty at the University of Michigan, Lee is now an assistant professor of global health at Rutgers Global Health Institute with a joint appointment as assistant professor of epidemiology in the Department of Biostatistics and Epidemiology at the School of Public Health. A public health researcher with expertise in global disease epidemiology, she has spent years investigating the interrelated roles of various biological, environmental, and social factors on child growth in Latin America.

As a doctoral student at Johns Hopkins University’s Bloomberg School of Public Health, and then during two postdoctoral fellowships, Lee studied the growth of children living in the Peruvian Amazon. In that setting, a reliance on untreated well water contributed to multiple diseases, and inadequate access to nutritious food was evident, as was growth faltering.

Lee is now a co-investigator on birth cohort studies in northern coastal Ecuador. These studies operate along a rural-urban gradient that includes the city of Esmeraldas, the medium-sized town of Borbón, and multiple rural communities inaccessible by roads.

The mothers are enrolled in the study during late pregnancy, and the children they give birth to are subsequently studied until age 2. Lee and her collaborators monitor for enteric (diarrheal) pathogens to which the infants are exposed, various characteristics of the children’s household and community environments, and the impact on the gut microbiome over time. Among the different communities involved in the studies, factors such as access to water and sanitation—and, by extension, exposure to infectious pathogens—vary. These factors impact the microbiome, which in turn impacts the human body’s response to pathogens, and these impacts compound over time.

Conducting a study like this in resource-limited areas of a middle-income country, and particularly in remote locations, requires adapting research methods that local field teams—comprising people hired from the community—can carry out effectively. For example, Lee has modified questionnaires and tests that are usually conducted by professional nutritionists or psychologists, enabling community members without specialized education to administer them. The field teams also use a combination of rapid testing tools to analyze water quality; collect stool samples that are analyzed for pathogens as well as various indicators of microbiome health; and draw blood that is tested for inflammation, indicators of micronutrient status, and prior exposure to diarrhea-causing pathogens.

These kinds of studies require substantial interdisciplinary teamwork. Lee’s collaborators include infectious disease epidemiologists, environmental scientists, and nutritionists from the University of Michigan, the University of Washington, and Ecuador’s Universidad San Francisco de Quito, among others.

Now, she is continuing this research while at Rutgers. On what attracted her to Rutgers Global Health Institute, Lee cites two of her key impressions, which ultimately blend the best aspects of her recent experience and training.

First, Lee saw in Rutgers an impressive network of top-notch researchers and potential collaborators, particularly among the institute’s 139 core faculty members. “Going in, it was easy to identify people I might be able to collaborate with,” she says.

Second, the institute’s emphasis on building strong partnerships to create lasting impact resonated with her. Lee says that her prior experiences in global health included opportunities to train with people very much like institute director Richard Marlink. These mentors were “people who had spent a long time in the countries where they worked and who had very long-term relationships,” she says. “To me, that is a very productive model, because they know how their research is translated into practice.” In Marlink and in the institute, she says, “I knew there would be support, and I could tell that he is building something important.”