Home / News / In Nepal, a New Generation of Health Risks

In Nepal, a New Generation of Health Risks 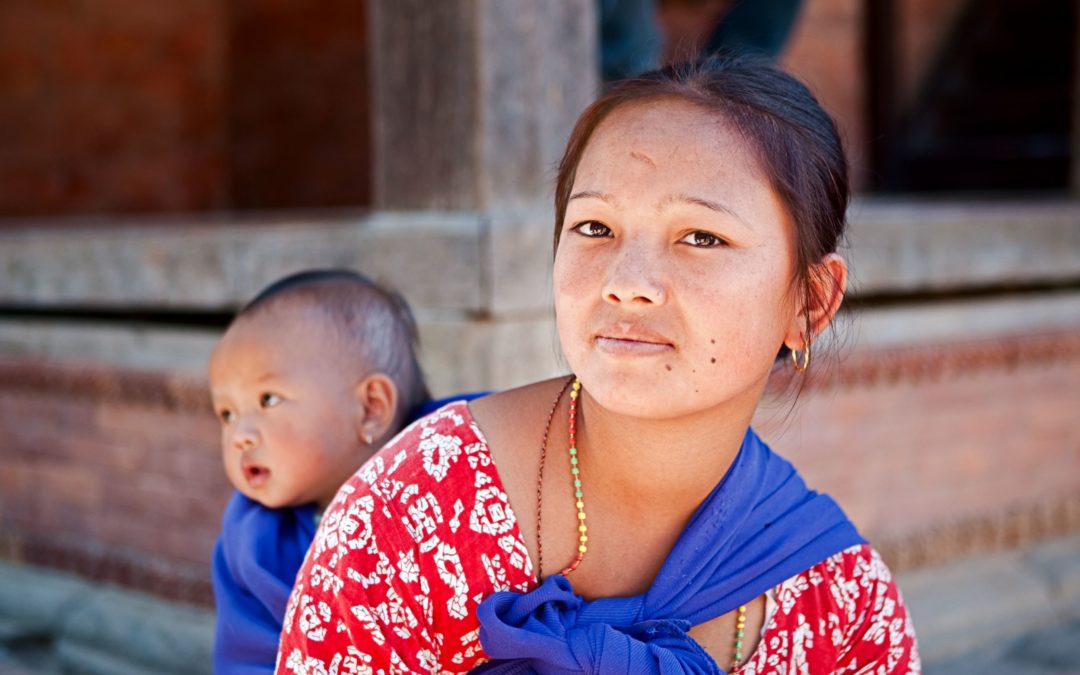 Until recently, the greatest challenge facing pregnant women in Nepal and other low-income countries was gaining enough weight to support a healthy pregnancy, the result of food insecurity driven by poverty. Today, while insufficient weight gain continues to be a concern, doctors in Nepal are seeing an entirely new set of problems in pregnancy, and they look startlingly like the issues confronting women in the West: excessive weight gain and the attendant risks of high blood pressure, gestational diabetes, and other dangerous conditions.

A pilot study headed by Shristi Rawal, assistant professor of nutritional sciences at the School of Health Professions, and funded by a seed grant from Rutgers Global Health Institute, is addressing this rising challenge by measuring its extent, analyzing the factors driving it, and charting outcomes for women and children in Nepal.

“Eating for Two” and Other Challenges

At the root of the problem, Rawal says, is an “increase in easy access to cheap, energy-dense foods”—fast food and simple carbohydrates like potatoes and refined starches, often coupled with insufficient physical activity. The situation is exacerbated by a persistent belief in the myth that pregnant women need to “eat for two,” which often involves consumption of calories without regard for nutrition. In addition, there are no established dietary guidelines for pregnant women in Nepal.

Obstacles to addressing the problem include a dearth of knowledge about both the population’s risk factors for pregnancy complications and the prevalence of those complications. In addition, much of the data that does exist is available only on paper, making collection and analysis a challenge.

To surmount these obstacles, Rawal’s pilot study is laying the groundwork to establish a birth cohort at Dhulikhel Hospital, the hospital of Kathmandu University that serves a population of 1.9 million.

For this project, Rawal and her colleagues designed brief questionnaires to assess physical activity during pregnancy and intake of foods from groups categorized either as healthy (like lean meats, fruits, and vegetables) or unhealthy (such as desserts, refined starches, and red meats). They then administered these questionnaires and collected other clinical data on 100 pregnant women who come to Dhulikhel Hospital for prenatal care.

Preliminary data is beginning to come in, and while it’s far from complete, it does offer some intriguing information.

Roughly 55 percent of the participating women were of normal weight at the start of their pregnancies; the others were predominantly overweight or obese. “That’s saying that prepregnancy body mass index is almost approaching what we see in high-income countries, which is alarming,” Rawal says.

Thus far, looking at the rate of gestational weight gain from second to third trimester, about a quarter (26 percent) of women have been gaining weight at a rate that is appropriate for their BMI; a quarter are displaying less-than-optimal weight gain; and the rest (49 percent) show excessive weight-gain rates.

Food intake data is also mixed, with most of the women reporting high consumption of both unhealthy items, like potatoes and refined grains, and healthy items such as dark, leafy greens and citrus fruits. “We’re definitely seeing patterns of where dietary quality is lacking,” Rawal says.

Ultimately, Rawal’s pilot project aims to establish the need for and feasibility of a large birth cohort study with thousands of women who seek antenatal care at Dhulikhel Hospital. An important part of this is evaluating the efficacy of their questionnaires to ensure valid, reliable dietary and physical activity assessments for this population.

One promising development is that, building on the preliminary data obtained through the seed grant-funded research, Rawal’s team has secured exploratory funding from the National Institutes of Health (NIH) to develop and test a mobile app for treatment and self-management of gestational diabetes among pregnant women in Nepal.

For Rawal, improving women’s health during pregnancy is the key to improving the health of the broader population.

“Like many low- and middle-income countries, Nepal is undergoing an epidemiological transition, shifting from a high prevalence of communicable diseases to a growing burden of noncommunicable diseases such as cardiovascular diseases and type 2 diabetes,” Rawal says. “By improving pregnancy health, we are not only preventing at the earliest possible point—in utero—but also disrupting the vicious intergenerational cycle of obesity and diabetes.”