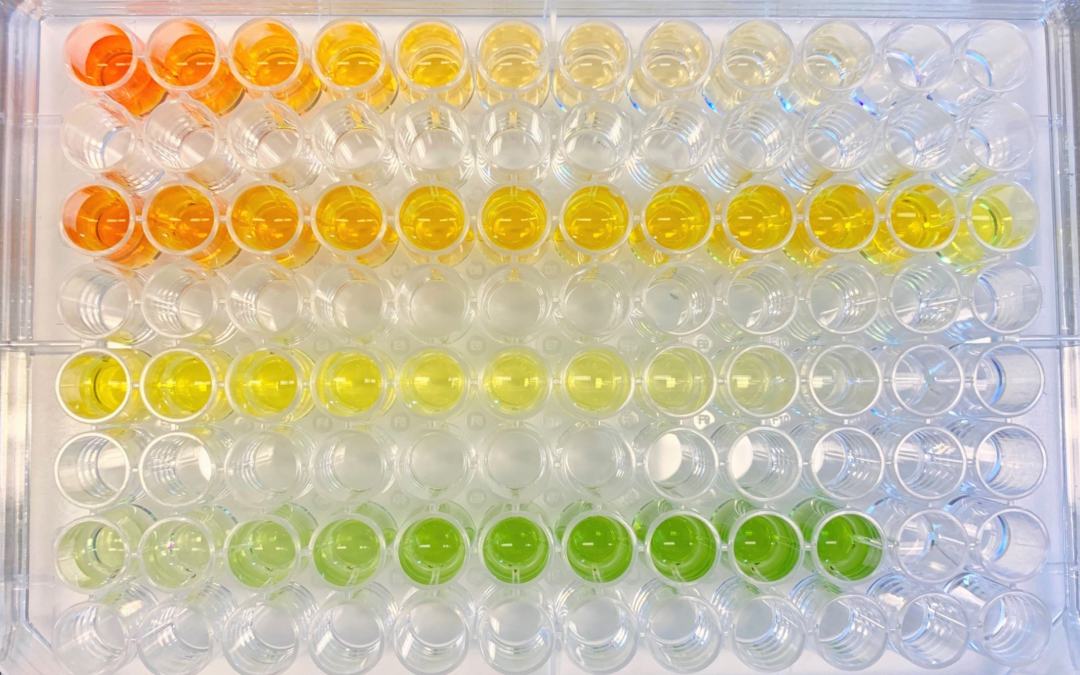 Blood-test results remain a gold standard of accuracy when doctors need to determine if tuberculosis (TB) patients are adequately absorbing their medications. Indicators such as the blood levels of TB drugs at fixed timepoints after dosing, usually two and six hours, influence how treatment regimens are customized.

In some regions of the world, however, clinicians don’t have access to high-tech liquid chromatography equipment for testing blood. In resource-limited settings, such as sub-Saharan Africa and parts of Asia, doctors learn that TB treatment is failing only when it fails—if a patient’s condition worsens or doesn’t improve—endangering human lives as well as entire communities because of the airborne disease’s infectious nature.

Christopher Vinnard, an assistant professor of medicine at New Jersey Medical School and a TB researcher at the school’s Public Health Research Institute, hopes his work will close that dangerous gap.

With support from a five-year, $4 million grant from the National Institutes of Health, Vinnard is developing a urine test that could enable clinicians to determine TB patients’ treatment drug levels via a desktop device as simple to use as a smartphone camera.

His work may help the World Health Organization (WHO) achieve an ambitious goal: a 95 percent reduction in TB deaths by 2035.

Tuberculosis is an ancient disease that remains a modern-day scourge: WHO estimates that 10 million people contracted TB in 2017 and 1.6 million died, ranking the disease among the top 10 causes of death worldwide. Although 95 percent of TB cases and deaths occur in developing countries, the disease strikes in the United States, too, especially among those who are homeless or HIV-positive, or who come from TB-afflicted regions.

“We’re all connected. Disease anywhere in the world can be disease in the U.S. in a few hours,” Vinnard says. 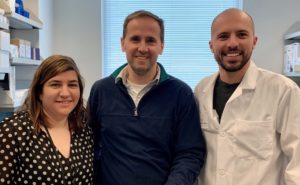 While some researchers are developing new TB drugs and vaccines, Vinnard has a nearer-term goal: optimizing the effectiveness of existing drugs by ensuring that patients get the amounts they need.

Even when two people take identical doses, he explains, different amounts of medication may reach their bloodstreams. “There’s so much variability among us—about our genetics, our diets, our kidney function—that there’s always going to be a significant amount of variability for any drug,” Vinnard says.

In TB treatment, that variability could mean the difference between a dose large enough to cure—or a dose so low that it leaves the patient sick, contagious, and at risk of developing a drug-resistant strain of the disease.

Vinnard, determined to create greater access to accurate TB diagnostics, is investigating the use of a low-complexity, low-technology testing mechanism—colorimetric urine assays—to pinpoint the concentration of TB treatment drugs in patients’ urine samples. This information will tell clinicians whether the drug has been absorbed adequately.

How it works: urine specimens are collected from patients at specific time intervals after they take their medications. The urine is then chemically tested to measure the level of a particular drug in each specimen. Each specimen changes color, and the intensity of that color change corresponds to the concentration of a TB drug.

“The assays we are developing can be transformed, with the help of an engineer, into point-of-care devices,” Vinnard says. This will allow the urine tests to be analyzed at the clinic sites where TB patients go for their routine care. Whereas blood assays, he says, are performed at reference laboratories that are potentially a far distance from the clinic, requiring blood samples to be processed, frozen, and shipped.

A point-of-care medical device is being designed by Umer Hassan, an assistant professor in Rutgers’ Department of Electrical and Computer Engineering and a core faculty member of Rutgers Global Health Institute. This collaboration will allow the new test to be much more accessible to clinicians in the world’s poorest places.

Vinnard’s new clinical studies, conducted in collaboration with colleagues at University of Virginia, will enroll TB patients in the United States and Tanzania. The researchers’ current work involves refining the urine test to ensure that it yields results as reliable as those from a blood test.

The new approach will provide an on-the-spot, easy-to-use tool for clinicians who are “strapped for resources and strapped for time” and need to know, precisely, if their patients are on the right dose of the lifesaving medications, Vinnard says. “It really is a totally new paradigm for how we treat tuberculosis.”