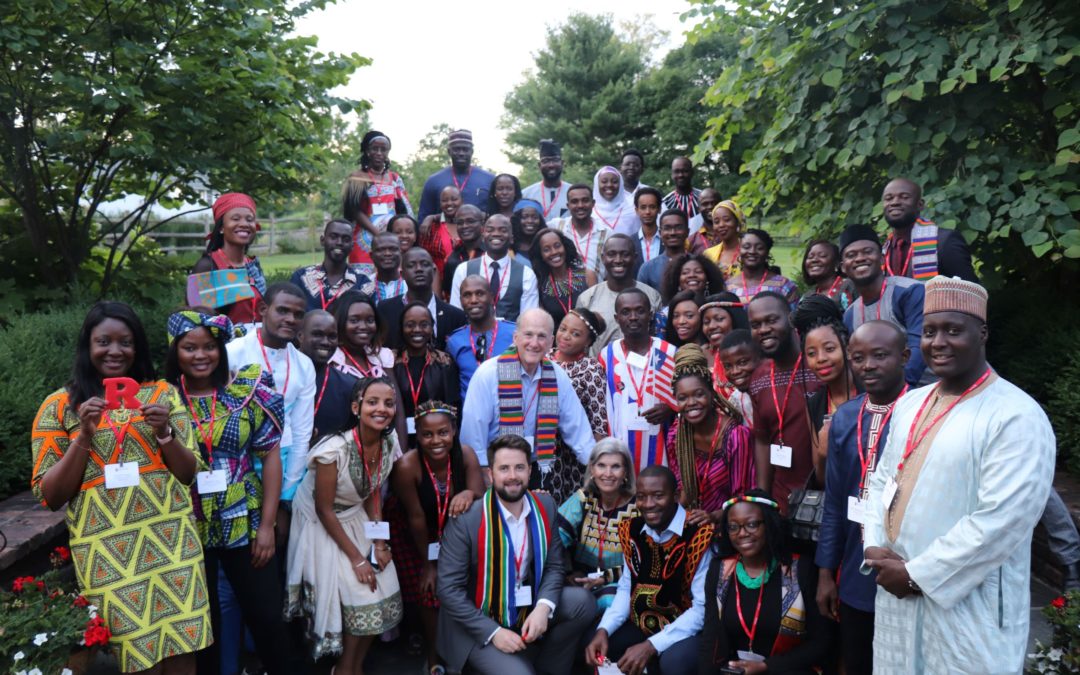 After more than 35 years, the world has learned how to prevent, treat, and control HIV/AIDS. The success of this global health campaign has led the Joint United Nations Programme on HIV/AIDS (UNAIDS) to initiate a fast-track strategy to end the epidemic by 2030.

But Richard Marlink, director of Rutgers Global Health Institute and a self-proclaimed optimist who has devoted much of his career to the prevention and treatment of HIV/AIDS, disagrees with UNAIDS’ timeline.

“I am optimistic by nature; however, I am not optimistic that we can truly end the epidemic by 2030,” he said. “Not without change.”

Marlink shared his reasoning during a seminar on July 16 with the Rutgers Mandela Washington Fellows who are on campus this summer. “If we continue to just do what we’re doing now, we’re not going to end it. Our grandchildren will be in the same situation,” Marlink said.

The audience—25 young African leaders picked to represent their sub-Saharan home countries following a competitive application process—engaged Marlink in a two-hour discussion, demonstrative of their lived experiences with HIV/AIDS throughout Africa and their motivation to effect change. For six years in a row, Rutgers has been among the few American universities chosen by the U.S. Department of State to host a Mandela Washington Fellowship program. The six-week session aims to empower these 25- to 35-year-old innovators-in-progress through academic coursework, leadership training, and networking. 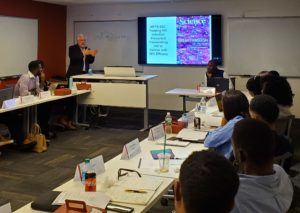 Marlink presented, and the fellows debated, what he believes are the complex reasons that ending HIV/AIDS by 2030 is not possible without a dramatic change in course, one that would mobilize three essential strategies: follow the science, treat the whole person, and expand the health care workforce.

1.  Apply the Science to Stop Transmission
In 2011, the HPTN 052 clinical trial—named “Breakthrough of the Year” by the journal Science—proved that treating HIV-positive patients with antiretroviral therapy (ART) reduces virus transmission by 96 percent.

Marlink returned to this point throughout the discussion to drive home his belief that drug therapies must be available to all infected individuals. Currently, there are dramatic differences among countries when it comes to percentages of the population who are diagnosed and on treatment. Transmission of the HIV virus continues in different settings.

Scientifically, it makes logical sense: take the drugs, suppress virus transmission, and eliminate the epidemic. However, as one of the fellows noted when questioning the scope of the HPTN 052 study—whether it defined treatment beyond the drug’s effects on the virus—this narrow view does not account for other dynamics that contribute to the spreading of HIV/AIDS. In his country, he said, some people don’t go to the clinic for treatment because they don’t have transportation. “And if they do go,” he continued, “they have the drugs, but they don’t have food to eat before taking the medication.”

“Drugs and money are not the whole solution,” Marlink said.

The challenges associated with ending the epidemic hinge on increasing the number of skilled workers available to treat people with HIV/AIDS and to prevent new infections. “In Africa, the proportion of doctors, nurses, and pharmacists compared to the general population is one-tenth of the proportions seen in Western countries,” Marlink said. “Providing money, facilities, and technology will be futile without more people in place to provide care in the most vulnerable communities.”

Education about prevention and treatment also suffers without a strong health workforce, which Marlink said is the “weakest building block” in the WHO health systems strengthening framework. A fellow described a scenario she has experienced in her country: People are going to the clinics and getting the drugs, she said, but they are not taking them. Her belief is that countries are not doing enough to help people understand why they need to be on ART in terms of maintaining their own health and preventing transmission to others.

“We are all living with the AIDS virus in one way or another—every family, every community,” Marlink said. “But we won’t reach the goal to end AIDS without these sweeping changes.”