AIDS in Africa, WHY? Film Screening and Panel Discussion

Rutgers Global, Rutgers Global Health Institute, and the School of Nursing are hosting a film screening and panel discussion at 7 p.m. on Tuesday, November 30, to commemorate World AIDS Day. 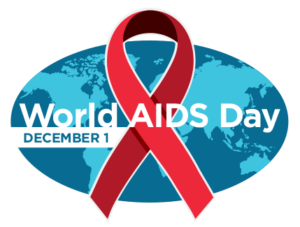 AIDS in Africa, WHY? film description from Kanopy.com:
Seventy percent of the world’s HIV infections occur in sub-Saharan Africa. Swaziland, for example, has the highest HIV infection rate in the world. As many as one in every two young people has the virus. Why has this happened? The reasons are complex and may challenge western assumptions.

Culture to blame? Many commentators have put the blame on low condom use; some even say that Africans are more sexually promiscuous by nature than people in the developed world. Others point to a culture of denial regarding AIDS. Therefore, the main solutions put forward have been awareness campaigns geared towards encouraging behaviour change. But is this the point?

Or is it structural? Other experts argue that the causes come down to poverty. They point to labour migration in men and pressures for transactional sex in women, brought about by economic policies forced on Swaziland by international finance, with the cooperation of local elites, including the Swazi King, the last absolute monarch in Africa. (28 minutes; released in 2014)

Following the film screening will be a panel discussion with Rutgers faculty members:

Free and open to the Rutgers community. For more information, contact Greg Costalas, assistant director of programs for Rutgers Global, at gcostalas@global.rutgers.edu or 848-932-3064.