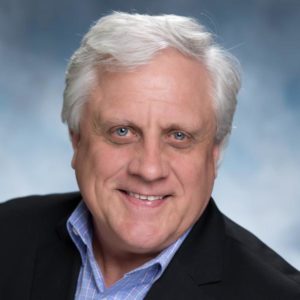 This lecture will be presented both in Newark and live via WebEx.

Marlink has been engaged in global health for his entire career and has made a significant impact in HIV/AIDS clinical care, research, and policy. His involvement with the epidemic began before it was even known as AIDS, while he was a physician intern in New York City, and he helped set up the city of Boston’s first AIDS clinic. Marlink has been working in Botswana, in southern Africa, since 1996, and he was integral in the country’s efforts to scale-up AIDS treatment nationwide.

In his presentation, “Cancer Care and Prevention in Africa: Lessons from HIV/AIDS,” Marlink will discuss the scale-up of national HIV/AIDS programs in Africa and how the same principles can be applied to scaling up national cancer control programs on the continent. He will address the history of the international response to HIV/AIDS in Africa as well as the epidemiologic state of the AIDS epidemic and the past and present global effort to treat and prevent HIV/AIDS. He also will discuss the critical elements of a successful national public health intervention and how to evaluate whether successful programs for comprehensive cancer care and prevention can occur in an African setting.

Previously at Harvard, Dr. Marlink helped create the Botswana-Harvard Partnership with the Harvard AIDS Initiative, where he was executive director, and created what would become Botswana’s national AIDS training program. He was also the principal investigator for the first large-scale antiretroviral treatment study in southern Africa. Following the 2003 launch of the U.S. President’s Emergency Plan for AIDS Relief (PEPFAR) to combat global HIV/AIDS, Dr. Marlink was Botswana’s country director for the Botswana-Harvard joint PEPFAR effort. Concurrently, while serving as scientific director and vice president for implementation at the Elizabeth Glaser Pediatric AIDS Foundation, he was principal investigator of Project HEART, another PEPFAR effort in five African countries. Through Project HEART, he facilitated HIV/AIDS care and treatment for over a million people.

Presented with support from the NJMS Department of Surgery and Emergency Medicine. Free and open to all Rutgers faculty, staff, and students. For more information, contact Marquiah Geiger, Program Coordinator: geigermh@njms.rutgers.edu.