Jeffrey Carson graduated from Hahnemann Medical College in 1977 and was an internal medicine resident and chief resident at Hahnemann from 1977–1980. He obtained his research training at the University of Pennsylvania as a Henry J. Kaiser Fellow and at the University of Oxford, England, as Fogarty Senior International Fellow. He was the founding chief of the Division of General Internal Medicine at Robert Wood Johnson Medical School.

In 2014, Carson was appointed as one of the two inaugural provosts of Rutgers Biomedical Health Sciences. He is also the Richard C. Reynolds, MD, Chair in General Internal Medicine and Distinguished Professor of Medicine.

Carson is an active clinician and has been named to a “best doctors” list annually since 1998. He was a member and chair of the Clinical Trials Review Committee at the National Heart, Lung, and Blood Institute. The focus of his research is determining the indications for red blood cell transfusion.

His landmark trial evaluating red blood cell transfusion demonstrated the safety in using fewer transfusions in elderly patients was published in the New England Journal of Medicine and The Lancet. Other notable publications include clinical guidelines published in JAMA (Journal of the American Medical Association), a review in UpToDate, and an invited review in the New England Journal of Medicine. His research has influenced the worldwide reduction of red blood cell transfusions.

Carson is currently the study chair of MINT (Myocardial Ischemia and Transfusion), a National Institutes of Health-supported trial that is evaluating transfusion thresholds in 3,500 patients with acute myocardial infarction, conducted worldwide in over 140 centers.

His research has been recognized by numerous local and national organizations including the American Association of Physicians, National Heart, Lung, and Blood Institute, Association for the Advancement of Blood and Biotherapies, and American College of Physicians. 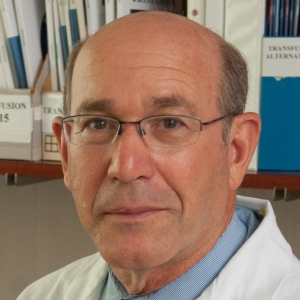